The general scope of the venue includes theoretical and applied aspects of interactions and the synchronization mechanisms used among components of concurrent/distributed systems, related to several areas of computer science in the broad spectrum ranging from formal specification and analysis to studies inspired by emerging computational models.

We solicit contributions relevant to Interaction and Concurrency, including but not limited to:

Since its first edition in 2008, the distinguishing feature of ICE has been an innovative paper selection mechanism based on an interactive, friendly, and constructive discussion amongst authors and PC members in an online forum.

As witnessed by the past eight editions of ICE, this procedure considerably improves the accuracy of the reviews, the fairness of the selection, the quality of camera-ready papers, and the discussion during the workshop.

This year we will adopt a light double-blind reviewing process, detailed below.

We invite two types of submissions:

Authors of research papers must omit their names and institutions from the title page, they should refer to their other work in the third person and omit acknowledgements that could reveal their identity or affiliation. The purpose is to avoid any bias based on authors’ identity characteristics, such as gender, seniority, or nationality, in the review process. Our goal is to facilitate an unbiased approach to reviewing by supporting reviewers’ access to works that do not carry obvious references to the authors’ identities. As mentioned above, this is a lightweight double-blind process. Anonymization should not be a heavy burden for authors, and should not make papers weaker or more difficult to review. Advertising the paper on alternate forums (e.g., on a personal web-page, pre-print archive, email, talks, discussions with colleagues) is permitted, and authors will not be penalized by for such advertisement.

Papers in the “Communications” category need not be anonymized. For any questions concerning the double blind process, feel free to consult the ICEcreamers.

We are keen to enhance the balanced, inclusive and diverse nature of the ICE community, and would particularly encourage female colleagues and members of other underrepresented groups to submit their work.

Submissions must be made electronically in PDF format via EasyChair.

Accepted research papers and communications must be presented at the workshop by one of the authors.

Accepted research papers will be published after the workshop in Electronic Proceedings in Theoretical Computer Science.

We plan to invite authors of selected papers and brief announcements to submit their work in a special issue in the Journal of Logical and Algebraic Methods in Programming (Elsevier). Such contributions will be regularly peer-reviewed according to the standard journal policy, but they will be handled in a shorter time than regular submissions. A list of published and in preparation special issues of previous ICE editions is reported below.

Abstract: A blockchain is a public ledger for recording transactions, maintained by many nodes without central authority through a distributed cryptographic protocol. All nodes validate the information to be appended to the blockchain, and a consensus protocol ensures that the nodes agree on a unique order in which entries are appended. Distributed protocols tolerating faults and adversarial attacks, coupled with cryptographic tools are needed for this. The recent interest in blockchains has revived research on consensus protocols, ranging from the proof-of-work method in Bitcoin's "mining" protocol to classical Byzantine agreement. Going far beyond its use in cryptocurrencies, blockchain is today viewed as a promising technology to simplify trusted exchanges of data and goods among companies. In this context, the Hyperledger Project has been established in early 2016 as an industry-wide collaborative effort to develop an open-source blockchain. This talk will present an overview of blockchain concepts, cryptographic building blocks and consensus mechanisms. It will also introduce Hyperledger Fabric, an implementation of blockchain technology intended for enterprise applications. Being one of the key partners in the Hyperledger Project, IBM is actively involved in the development of this blockchain platform. 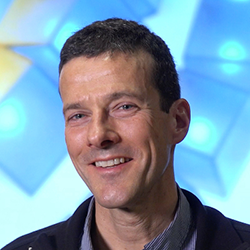 Speaker: Christian Cachin is a cryptographer and computer scientist interested in distributed computing, cryptographic protocols, and security, working at IBM Research - Zurich. He graduated with a Ph.D. in Computer Science from ETH Zurich and has held visiting positions at MIT and at EPFL. An IEEE Fellow, ACM Distinguished Scientist, and recipient of multiple IBM Outstanding Technical Achievement Awards, he has co-authored a textbook on distributed computing titled "Introduction to Reliable and Secure Distributed Programming". Currently he serves as the President of the International Association for Cryptologic Research (IACR). In addition to many cryptographic protocols that he has developed, particularly for achieving consensus and for executing distributed cryptographic operations over the Internet, he has also contributed to standards in storage security and key management. His current research addresses blockchains, the security of cloud computing, secure protocols for distributed systems, and cryptography.

Abstract: Concurrent software is inherently error-prone, due to the possible interactions and subtle interplays between the parallel computations. As a result, error prediction and tracing the sources of errors often is difficult. In particular, rerunning an execution with exactly the same input might not lead to the same error. To improve this situation, we need techniques that can provide static guarantees about the behaviour of a concurrent program. In this presentation, I present an approach based on program annotations. The program annotations describe locally what part of the memory is affected by a thread, and what the expected behaviour of a thread is. From the local program annotations, an abstract model describing the behaviour of the concurrent program can be constructed, from which conclusions can be drawn about the global behaviour of a concurrent application. The whole verification approach is supported by the VerCors tool set, and will be illustrated on various examples. 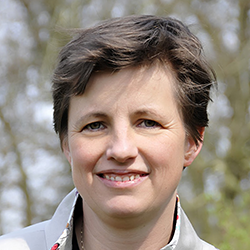 Speaker: Marieke Huisman is an adjoint professor in the computer science department in the Formal Methods and Tools group of the University of Twente. She obtained her PhD on the verification of Java programs in 2001 from the Radboud University in Nijmegen. After her PhD, she worked 8 years at INRIA Sophia Antipolis in France. Her research focuses on Software Reliability, focusing in particular on verification techniques for concurrent and distributed software. In 2011 she obtained an ERC Starting Grant VerCors on Verification of Concurrent Data Structures, and in 2013 she received the Dutch ICT prize. This summer she will start working on her recently awarded VICI project Mercedes on Maximal Reliability of Concurrent and Distributed Software. She is one of the people behind the VerifyThis program verification competitions, and also actively involved in the discussions on syntax and semantics of JML (the Java Modelling Language), a program annotation language for Java. Her verification work does not look only at (concurrent) Java programs, but also considers GPU applications and programs with OpenMP annotations.

Pawel Sobociński (University of Southampton, UK): From wires to circuits through nets

Abstract: At the second ICE workshop in 2009 I talked about the wire calculus, a process algebra where the usual CCS/pi-calculus style commutative parallel composition operation is replaced with two typed, non-commutative operations: a non-interacting “free" parallel composition and a synchronising parallel composition. The two operations were inspired by the algebra of monoidal categories, the first corresponds to the monoidal product and the second to categorical composition. This style of modelling, pioneered by RFC Walters, led to a compositional calculus of Petri nets (joint work with Ugo Montanari, Roberto Bruni and Hernan Melgratti) and applications to compositional model checking of Petri nets (with Julian Rathke and Owen Stephens). Following this, an analysis of the theory of Petri nets with this "wire calculus mentality" led to the equational theory of Interacting Hopf Algebras and applications to signal flow graphs (all with Filippo Bonchi and Fabio Zanasi), control theory (with Brendan Fong and Paolo Rapisarda), and graphical linear algebra (https://GraphicalLinearAlgebra.net). In this talk I will take you through my personal research journey of the last 8 years, a journey that––fittingly––began at ICE 2009 and featured several quite unexpected twists and turns! 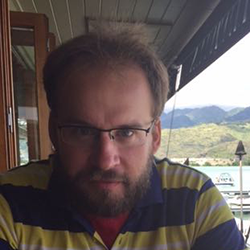 Speaker: Pawel Sobocinski works at the University of Southampton, UK. He obtained a PhD in computer science from University of Aarhus, Denmark in 2004 and a Bachelor's degree from the University of Sydney, Australia in 1999. He has published more than 60 research papers on models of concurrency, semantics of programming languages, verification, and applications of category theory in computer science. He is an associate editor of Mathematical Structures in Computer Science, a member of IFIP WG 1.3 on Foudnations of System Specifications and IFIP WG 2.2 on Formal Description of Programming Concepts. Since 2015 he is writing a blog about doing linear algebra with string diagrams at https://GraphicalLinearAlgebra.net.

16:00
Luís Cruz-Filipe and Fabrizio Montesi
On Asynchrony and Choreographies

16:00
Dan Ghica and Khulood Alyahya
On the learnability of programming language semantics

The previous eight editions of ICE have been held on